Lakeside Budget Storage, a self-storage facility on Hall Road in Sterling Heights, recently became the number one dealer in the nation for U-Haul truck and trailer rentals.

“This is an amazing achievement, since U-Haul has over 20,000 dealers,” said Sid Moss, co-owner/manager of the five Budget Storage facilities in Michigan. “The Lakeside team is committed to excellence and this honor is proof of their hard work and dedication.”

Larry High, area sales manager at U-Haul said that there are a total of 20,007 dealers across the country and Lakeside Budget Storage is one of their AAA dealers, meaning that they are open seven days a week and offer all types of U-Haul equipment. “It is very rare that a Michigan dealer takes our top sales position,” he remarked. “Lakeside is consistently ranked toward the top.”

Interestingly, Moss believes that this is a sign of an uptick in the economy for Michigan and particularly for the Sterling Heights area. “Most of our U-Haul rentals are round trip, meaning that customers are using the vehicles to move things locally, not out of state,” said Moss. He added that in addition to Lakeside’s number one ranking, America’s Budget Storage in Canton came in at number 18 nationally and Clarkston Budget Storage, which just began U-Haul rentals last October, broke into the top 100.

Nancy Card, general manager for the five Budget Storage facilities, said that her staff is a big reason that Lakeside Budget Storage has taken U-Haul’s number one position. “The customer ratings on the U-Haul website for Lakeside are all five stars,” stated Card. “Our staff made that happen and we truly appreciate their efforts.”

Lakeside Budget Storage is located at 13120 Hall Road, just west of Schoenherr Road in Sterling Heights. More information is available at lakesidebudgetstorage.com or by calling (586) 726-9292. 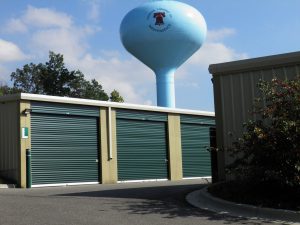